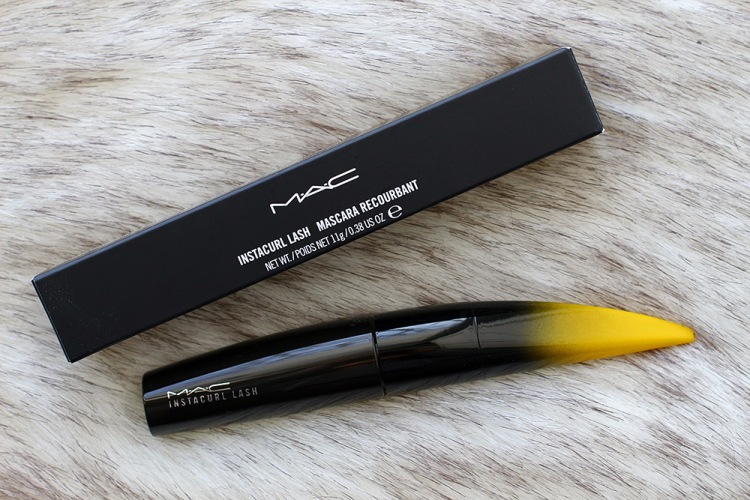 I’ve been slightly out of the loop with what’s going on with MAC lately, and a quick (okay, not that quick) browse during the holidays I came across MAC InstaCurl Mascara ($23). Apparently it launched a couple of years ago, but I never heard of it. It claims to provide length, volume and curl lashes upon application – a curl that is suppose to last all day. And with mostly promising and positive reviews, in my shopping bag it went.

Aesthetically, this mascara looks really cool. The packaging is sleek, shiny and the design is modern/futuristic looking.

Let’s talk about the good stuff – the wand. It’s a pretty large/chubby wand. It reminds me a bit of Covergirl’s Lash Blast Mascara wand, in that it’s a bigger wand with short, rubber bristles. Now, the innovative part of the design is that the handle on the mascara actually twists, and when you twist it, the brush curves. You can adjust the bend to where it’s only slightly bent, or to a full-blown curve.

The formula is a bit on the thin/wet side. It’s definitely not thick or clumpy (like Too Faced Better than Sex Mascara, etc). It has a slight floral scent.

So how does it perform?

For reference, my lashes are short-medium in length, pretty fine and sparse. My first impression with this mascara was that the brush head felt large and clumsy, and in combination with the wet formula, it was difficult to apply cleanly. As soon as I would blink, I’d get a little mascara transfer on my lids and under-eyes. Although it’s not a huge deal because it can be wiped away, an annoying factor if you’re in a rush. I wore this mascara every day for one week, and just about every day I managed to get mascara on my eyelids during application.

I found that the shape of the handle was a bit awkward to hold. I gave the twist a try to see if the curve would make a difference in application, but I actually preferred it without the curve during most of the application. I did find it handy to curve the brush when I wanted to get those inner and outer corner lashes – in that aspect, it works great.

Because of the formula, it’s not really one that you can apply countless coats and it will continue to build volume. It takes a few moments for each coat to dry, so going back and forth from eye to eye helped the mascara dry between coats, and it was easier to build coats that way. It builds volume actually pretty well, but it won’t make them ultra thick. I did like that it adds slight length as well. I especially noticed that it makes my bottom lashes look really long. Once dried, the lashes aren’t firm or crispy – they are actually still soft and flexible. I noticed a slight curl, but nothing more than other mascaras I use.

What I applaud is that through long wear, it doesn’t flake, smudge or transfer. Yay! Major points for that. If it smudged, I’d probably chuck the tube through an open window. (Off topic, but speaking of chucking objects through windows, read this article on reddit – it’s a funny read.)

Overall, I like this mascara. I don’t love it, but I also don’t hate it. The awkward shape of the brush handle combined with the large brush, it’s not a mascara that I’d particularly like to grab-and-go with. Also, because of the wet formula, you have to be very careful when applying the mascara until it has set, which is another setback for me. I do like the final result, and because it’s very hard for me to find a mascara that doesn’t smudge, I do think this is a good mascara and will continue using this tube.

Will I re-purchase? Probably not, since Dior Iconic Overcurl Mascara won my heart around a year ago, and it will take a seriously amazing mascara to take it’s place.

I wouldn’t recommend this mascara for those with very short lashes, as the brush is just too big and you will make a mess on your eyes. If you have medium/long length or dense lashes, you might really like this mascara.

Let me know in the comments if you’ve tried this mascara, and if not, what your favorite mascara is right now!

Hi! I'm Natty and this is my little space where I like to ramble about all things beauty. I love obsessing over all of the latest products in beauty and share all of my thoughts with you! I hope you enjoy reading! 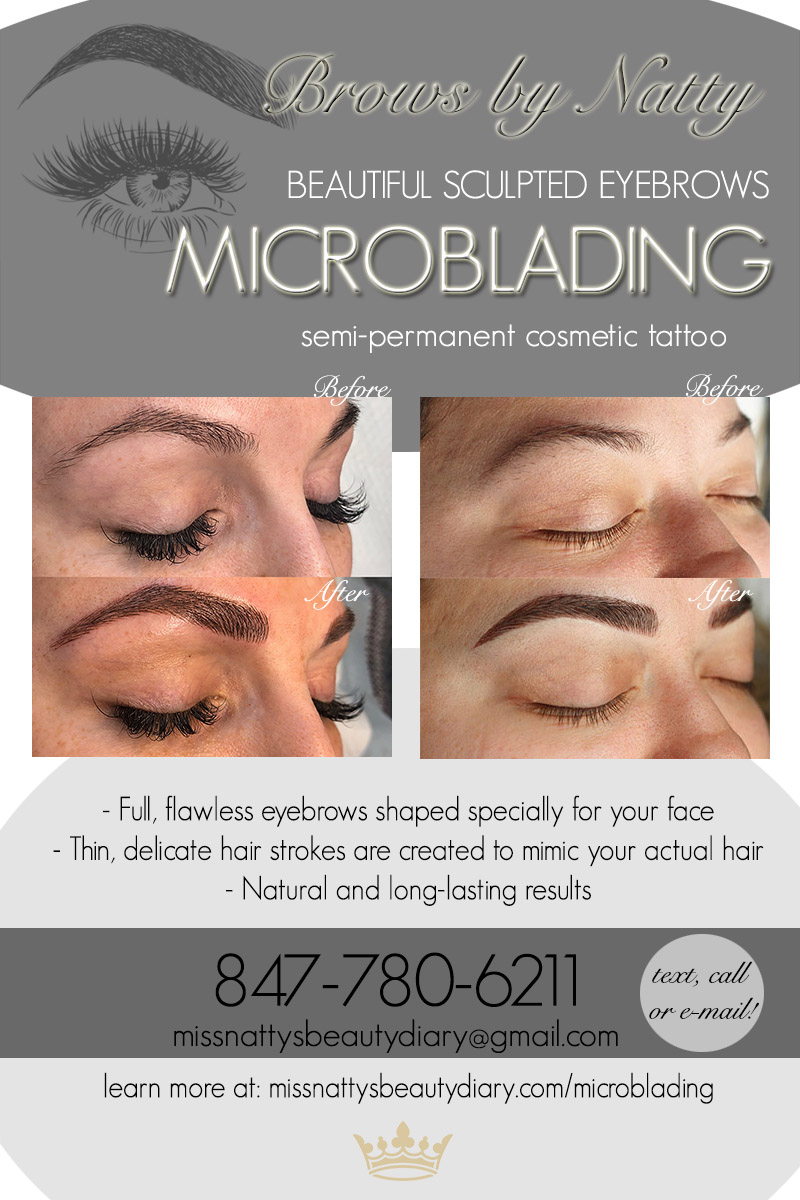 Join me on Hautelook

Join me on eBates